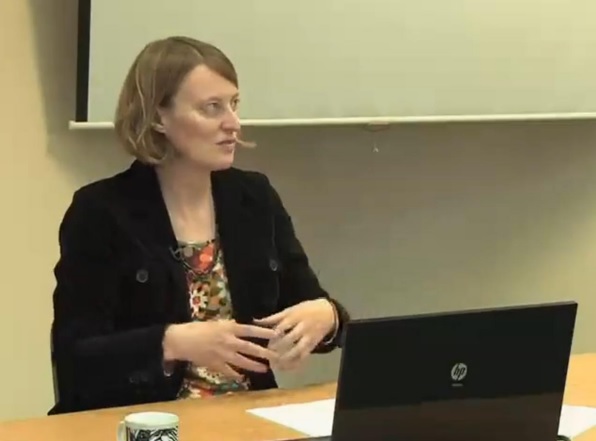 Cultural-historical activity theory, or CHAT, with its roots in Soviet psychology, and Marx and Engels, has emerged as a significant phenomenon in the last few decades. This video introduces the notion of CHAT, locating it historically in the work of Vygotsky, Leont’ev and Engeström. It then develops the notion of activity system analysis based on Engeström’s work.

CHAT unites a diversity of strands of thought originating in Lev Vygotsky’s work, chiefly among them Cultural-historical psychology, which has been in use since the 1930s, and Activity theory, in use since the 1960s. It emerged, and mainly developed in revolutionary Russia and was, until relatively recently, referred to as “one of the best kept secrets of academia”. The fact that Activity Theory remained “virtually unknown in Anglo-Saxon literature” until the mid-nineties is partly due to its perceived ideological associations with the former USSR. Blunden 2009 points to the double irony that a theory “born in the cauldron of the Russian Revolution” was repressed there precisely for its Marxist character, as well as the irony that “after 30 years in hiding, it escaped to take root in the U.S., the bastion of capitalism and anti-communism, where in order to survive it had to keep its Marxism under wraps”. The term “CHAT” was coined by Michael Cole and popularized by Yrjö Engeström. Ever since the 1990s, there has been an enormous upsurge in the use of CHAT, in particular in Education, Information and Communication Technologies (ICT) and related research, especially promoted by the work Yrjö Engeström’s team at the Centre for Activity Theory and Developmental Work Research (renamed CRADLE in 2009) at the University of Helsinki, and Mike Cole at the Laboratory of Comparative Human Cognition (LCHC) at the of California San Diego campus.
What is far less, – if at all – known in Academia and beyond, is that CHAT was used internationally in the Large Group Capacitation of, in particular, large numbers of unemployed and semi-employed Persons with Lower Levels of Literacy (LLEs) in the Organization Workshop (OW)-context ever since the 1960s and beyond.